Almost 50 years after the delivery of the very first Mayer TM 1010 potting machine, the 4,000th TM 1010 has now been produced, delivered and successfully installed at the customer’s site.

In 1974, the first TM 1010 was developed, manufactured and delivered by the Mayer company in Heidenheim, Germany. Since then, this machine has been considered the heart of our portfolio and still plays a central role in the horticultural world. Due to its versatility, variable options and high hourly and annual output, many gardeners have opted for this potting machine over the decades.

The TM 1010 was the first machine with a jerk-free turntable drive, this has since been implemented in all Mayer machines with a round turntable. The positive features of the TM 1010 have been continuously improved in the further course. When the mandatory CE standard was introduced in 1985, the machine constantly received new updates to comply with the respective valid safety regulations.

At the beginning of 2004, the potting machine received its biggest “facelift” to date. The control system was electrically revised and equipped with frequency converters for the infinitely variable speed regulation of the tuntable and elevator, and optionally also for the drill and the conveyor belt in the earth bunker. In the course of this, the model designation was changed to TM 1010F.

We would like to thank Ritter – Blumen und Pflanzen for their confidence in the automation of their plant. 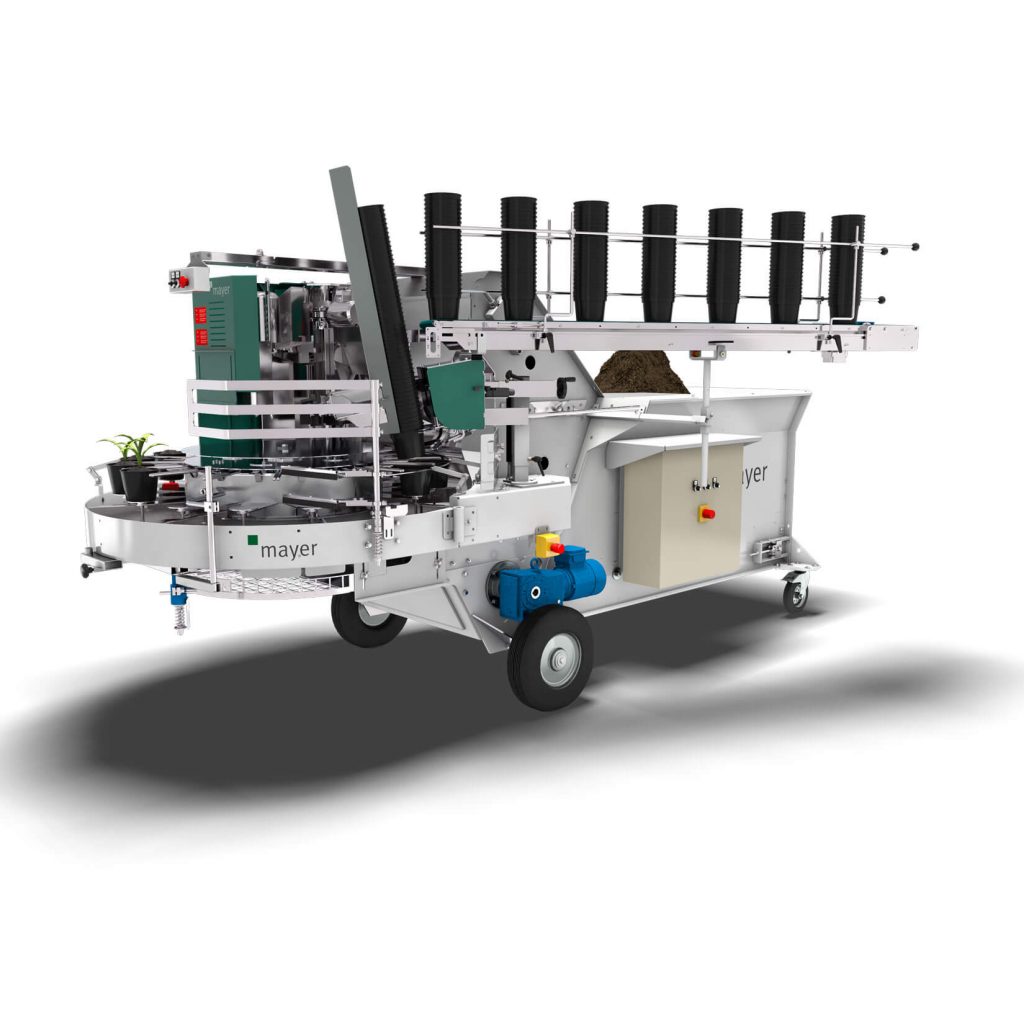 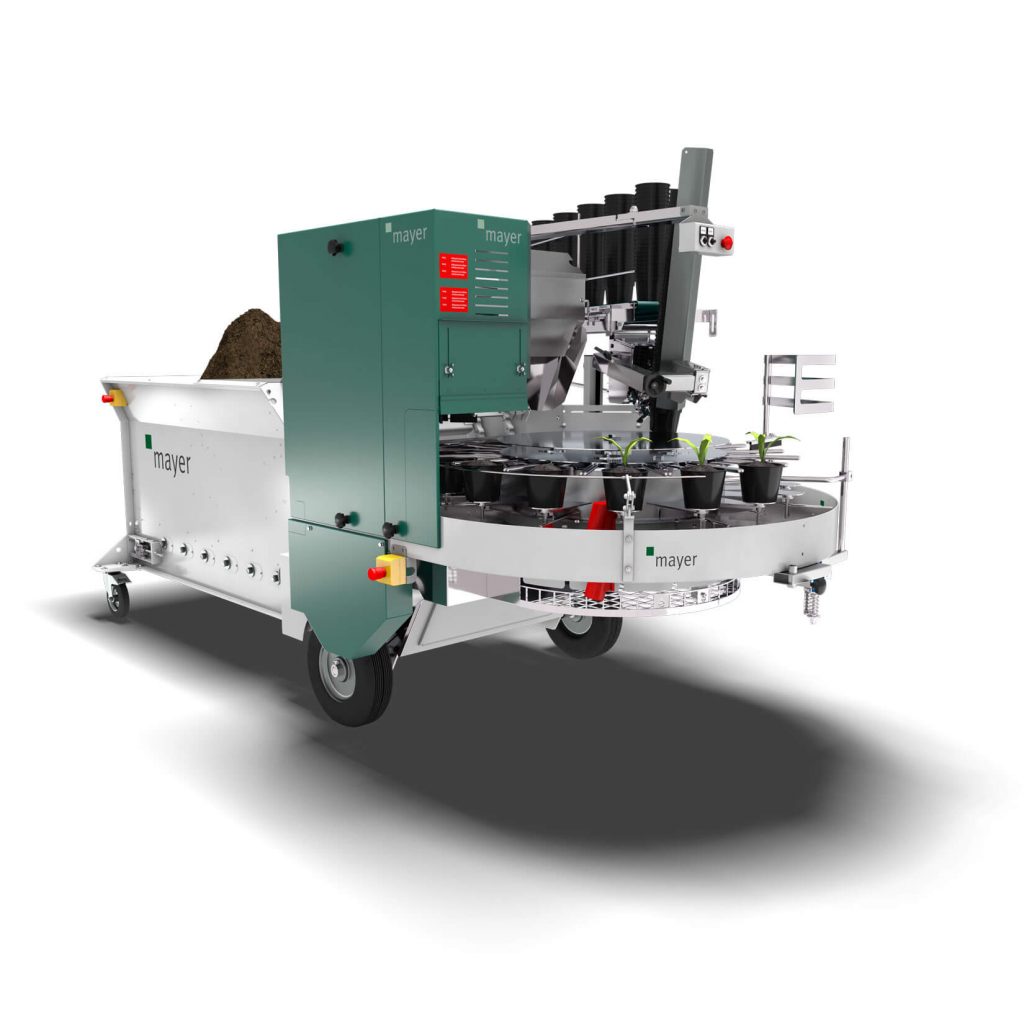 The Mayer TM 1010F does not optimally fit the requirements of your operation? No problem! We will be happy to advise you personally and free of charge on our entire product portfolio. Contact your Mayer representative or send us an e-mail to service@mayer.de. We look forward to your inquiry!

To stay up to date on all things Mayer Planting Systems, follow us on our social media channels and subscribe to our newsletter. 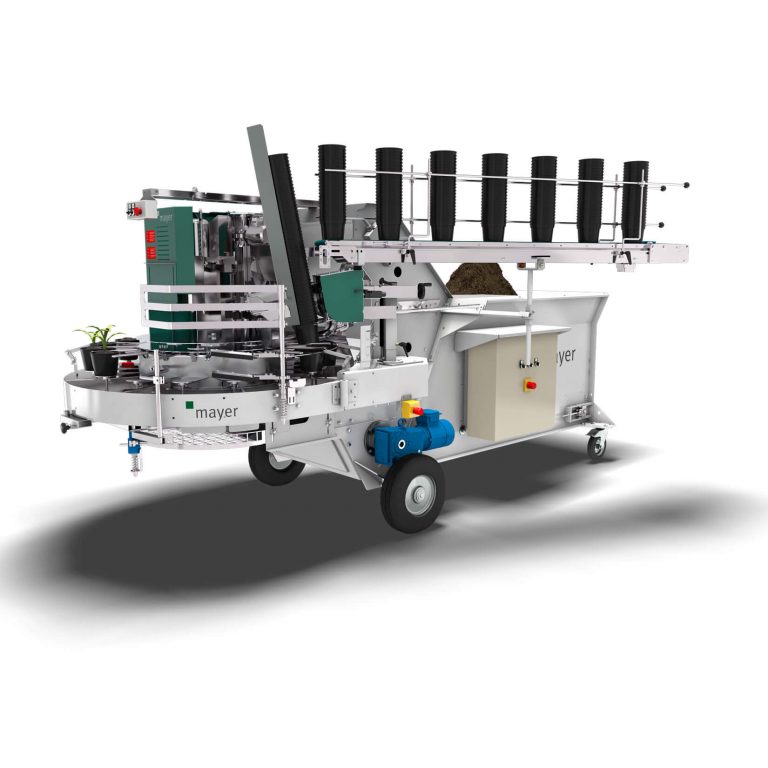 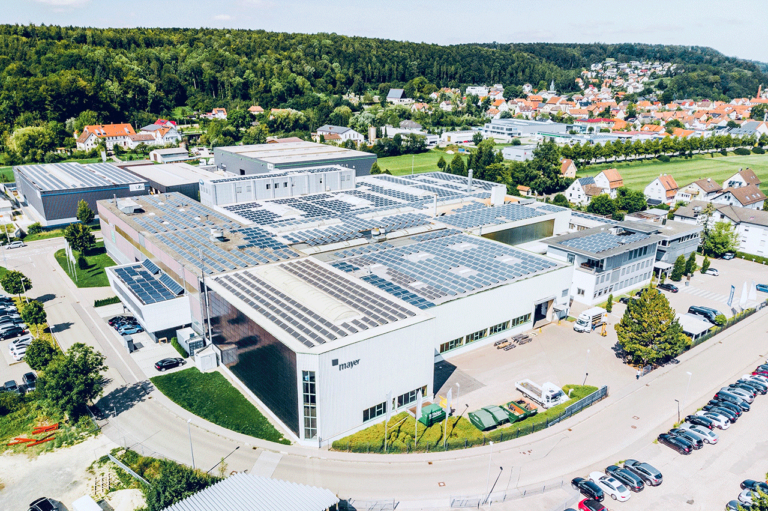 Further business operations of the Mayer Group After the tragic loss of Mr. Klaus Mayer, we would like to inform 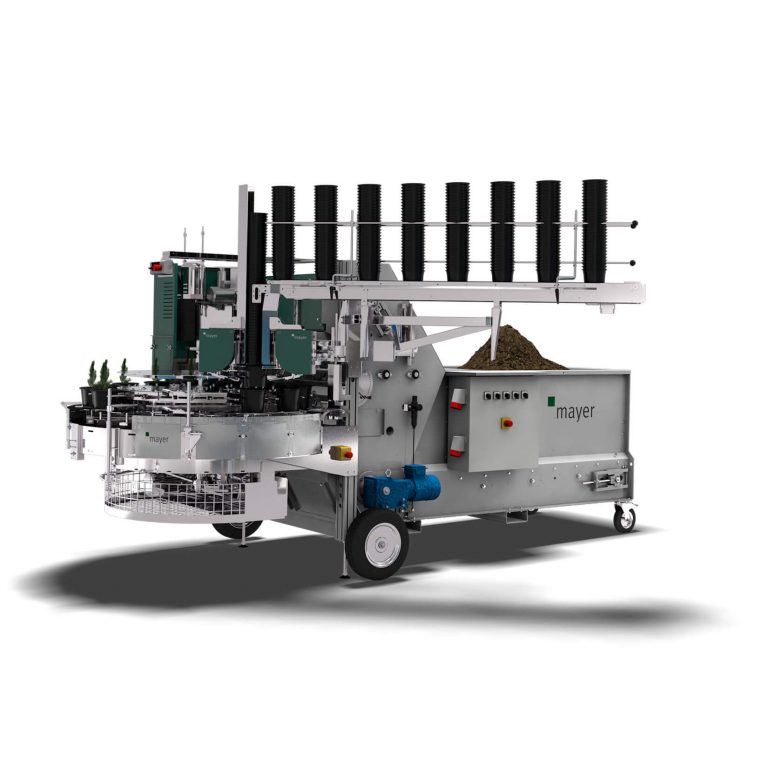