"An extraordinary service is offered, the machines are technically on the highest level." 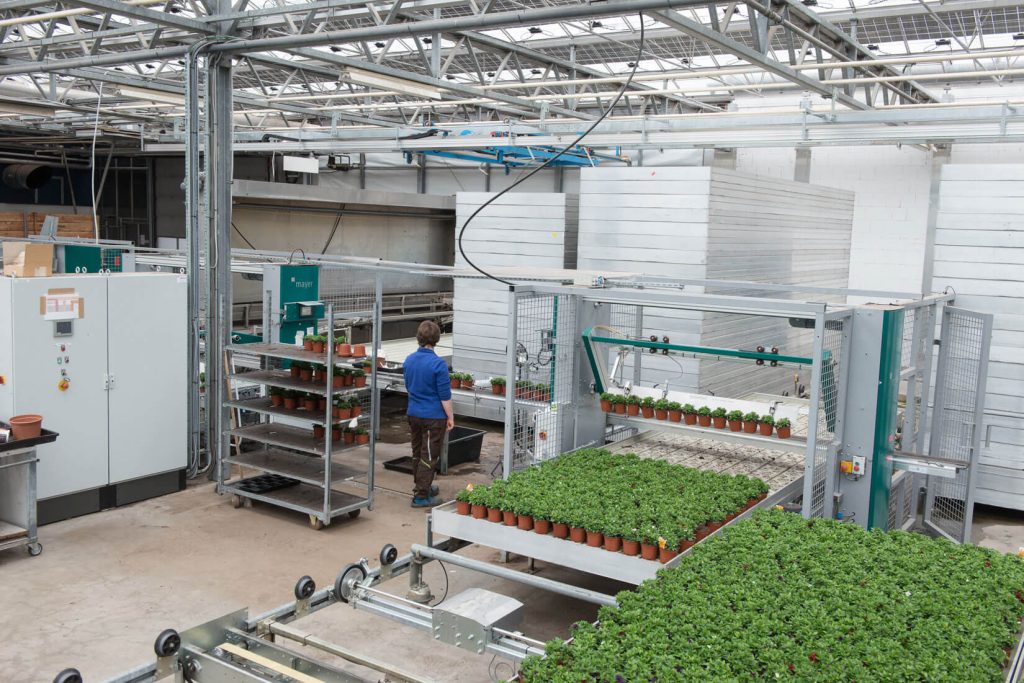 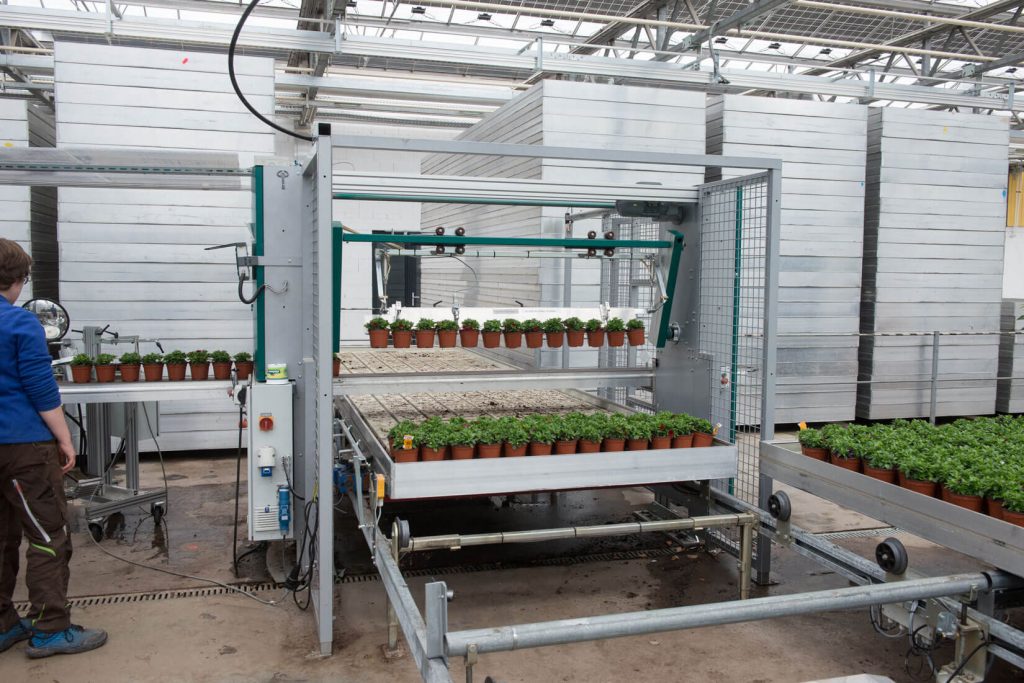 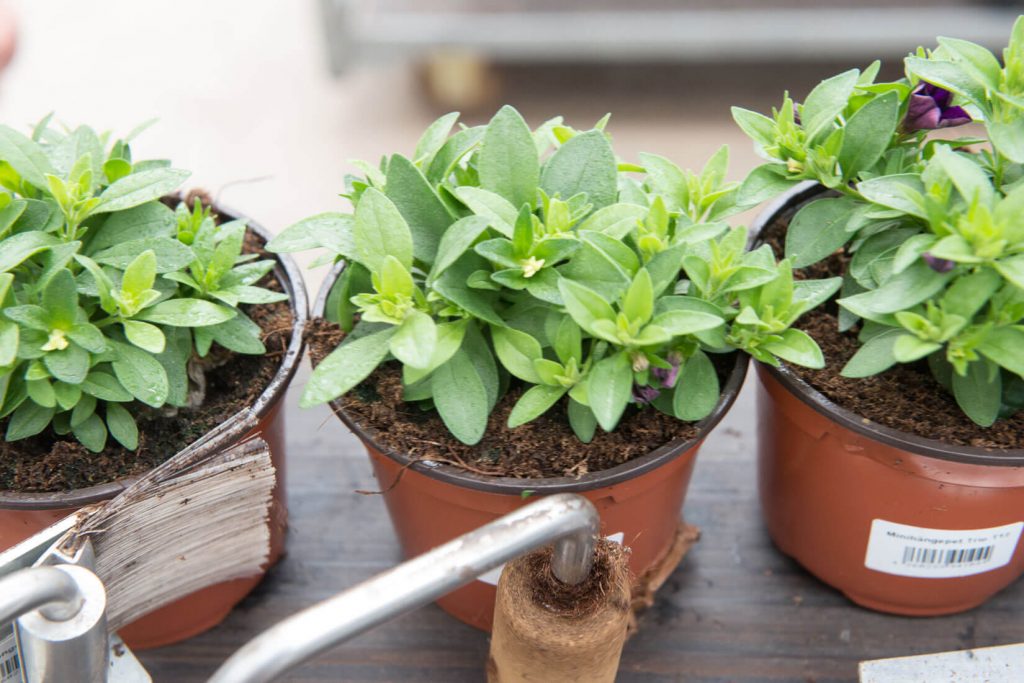 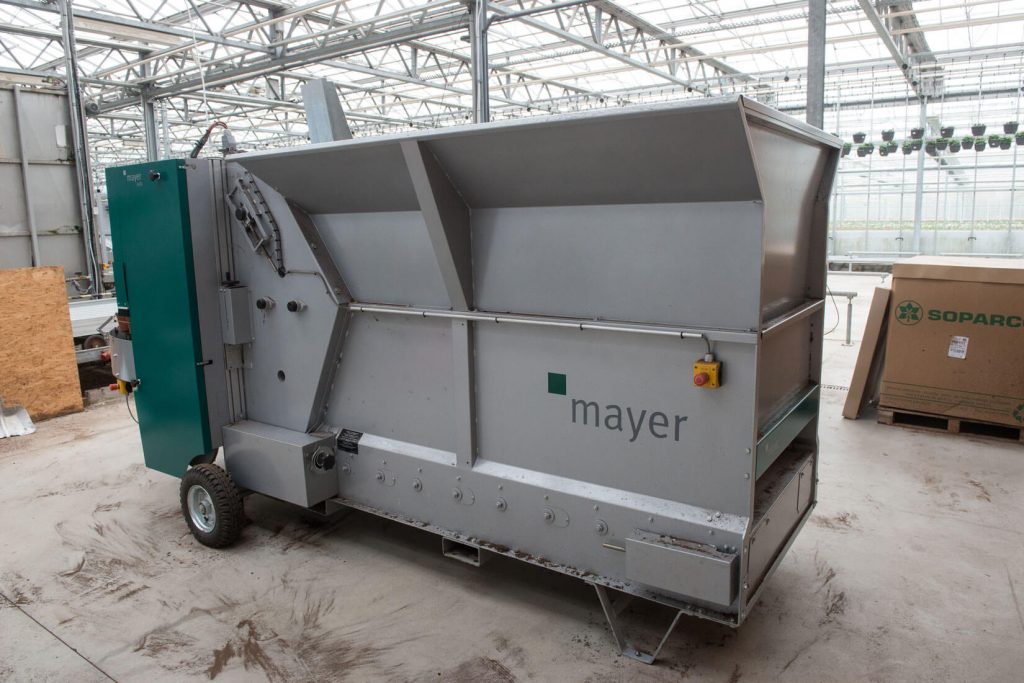 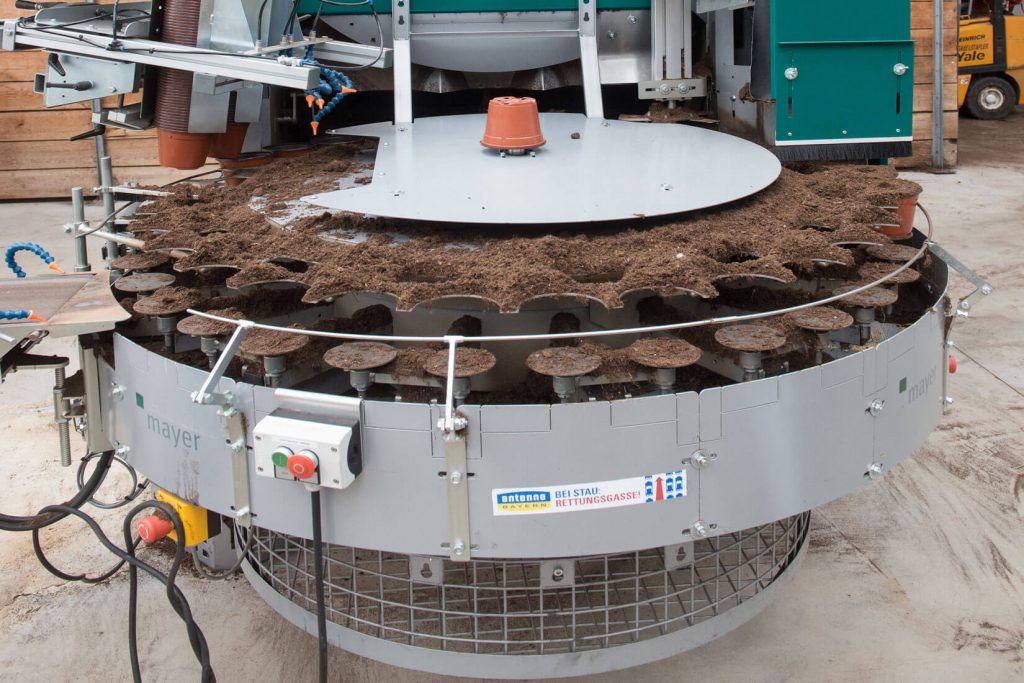 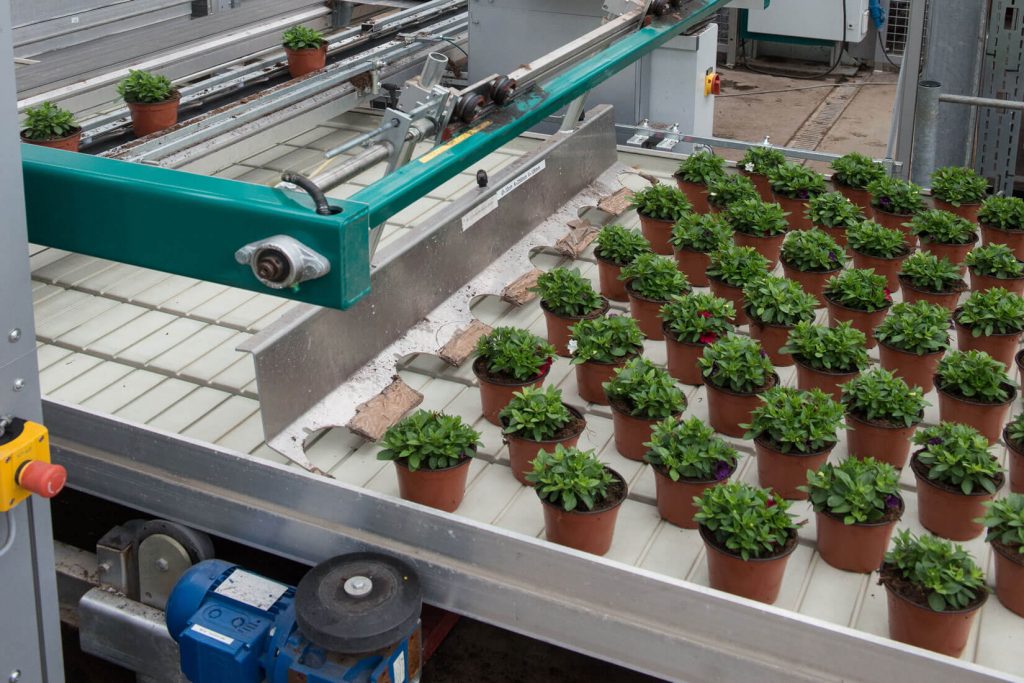 The nursery Klein in Appenfelden (Germany) was founded in 1957 by Konrad and Anneliese Klein as a pure retail business. In the seventies, the company was transformed into a production company with the highest quality standards. Today, Gartenbau Klein produces on a high glass area totaling 30,000 m². Today the focus is on bedding and balcony plants.

The heart of the new automation system is formed by three Mayer pot robots. Two Mayer TR 4103s are used for setting down pots, while one TR 4103 takes the pots out of the mobile table system. The entire operation is carried out conveniently via touchscreen. The system is equipped with a left-hand Mayer potting machine TM 2400DR. This was extended by an earth bunker attachment for wheel loader filling. In addition, the mechanical transfer represents an interface to the conveyor belts that is accurate to the cycle time.

Learn more about the machines used

We are here for you!

Do you have questions about our scope of services? No problem. We will be happy to advise you or provide you with a free and non-binding offer.

We are looking forward to your message!